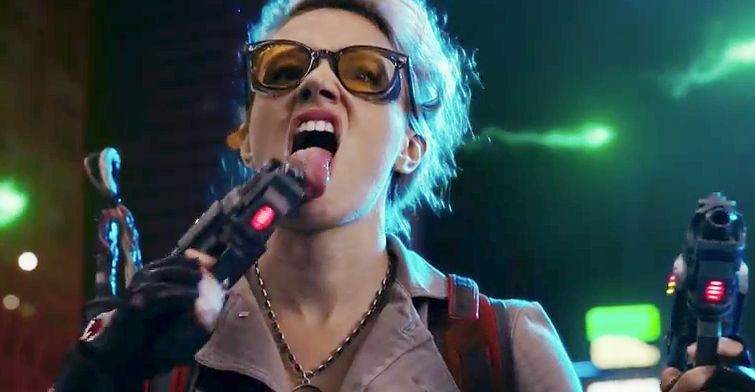 Ghostbusters was, unlike so many recent reboots of its kind, tasteful and honorary of the original. Sure, the assembly of the Ghostbusters team (and most of the plot) was rushed but we were able to just accept it and enjoy the fun. The 2016 Ghostbusters revamped the components of the original with scarier ghosts and a more turbulent conflict. These additions were vibrant, echoing the true spirit of the original 1980’s comedy. The choice to cast an all-female Ghostbusters team was calculated in this aspect. Certainly there are popular comedic actors that could band together a new, lovable Ghostbusters. But the female cast re-envisions the original quirkiness of the film, delivering a Ghostbusters that the public can root for.

The filmmakers of the new Ghostbusters intended for the 2016 characters to reflect the fan-favorite original archetypes. They accomplished this, with an ernest professor, a smart-mouthed leader, a whacky engineer and a lively African-American character. However the females of the cast were able to energize their roles beyond expectation. Kristen Wiig and Melissa McCarthy both conveyed their devotion to the paranormal all the while delivering the perfect dry humor. Kate McKinnon went above and beyond with her role as she blended scientific, sadistic and sexy all in one. Leslie Jones, who was the unofficial star of the film in my opinion, has such an honesty about her you laugh before she even speaks. The female cast elevated the film to a brilliant new perspective. But the success of Ghostbusters comes out on top with something most important: a message.

The inclusion of women in the summer blockbuster genre pushes the boundaries of females in film. Roles for women have progressed leaps and bounds over the decades of filmmaking. At this time we recognize that women have a place in film. But their place has been, well, their place. Characters for actresses are too often limited to their male counterparts, leaving females to share or support a narrative rather than create one. That is what makes Ghostbusters so special. The deliberate gender-bending in the film encourages audiences to see the female characters take charge and create a story for themselves. The summer blockbuster film is a genre notoriously liked by all audiences, leading the film to a cultural stage. The thrill of a story steered by four women shows that our culture is ready for more undisputed female characters. We are beginning to believe that women can drive our beloved epic storylines.

The girl-powered summer blockbuster doesn’t stop at Ghostbusters. Blake Lively took on a nearly one-woman show in The Shallows. The film follows her character Nancy after a shark attack on a remote beach. Her character struggles physically and mentally throughout the film and ultimately reflects the human will to survive. This heavy role could have just as easily been taken on by a male actor, but Lively somehow gave her character’s circumstance more grit. A subplot of the film involved Nancy’s distanced family-life and dwindling nursing career. Somehow I don’t see a male character internalizing his own personal life while bleeding out in the ocean. The choice to have The Shallows led by a female draws the audience in deeper with a more poignant view of the character.

The highly anticipated Suicide Squad is premiering in a few weeks and all eyes are on Margot Robbie. Her role as Harley Quinn has become the unaccredited face of the film, perhaps upstaging Jared Leto’s high-profile portrayal of the Joker. Even though the film assembles an all-star cast, it is those sequin spandex and dip-dyed pigtails of Robbie’s that have been barraging Twitter, Instagram and Tumblr. Consider this: the shoot-em-up, villainous epic targeted at male audiences is represented by a female.

Scrolling through Facebook recently, I came across a friend (of a friend of a friend) who conveyed how discouraging it was that feminists were demanding more female representation in films. This person was convinced that the roles of women as wives, mothers and love interests was fine, after all… what else would they be? What we believe to be true begins with representation. Of course many women are wives and mothers. But in Hollywood, where fish can swim across the ocean and find their families, ghosts and ghouls can swarm New York City, sharks can hold personal vendettas and the government can approve of criminal warfare, women can be anything. And we are beginning to believe they can be their own heroes.

Harrison Mines is a 21 year old communications graduate with a passion for film, television, music and pop culture. 💘