I knew ahead of time– both peripherally and intuitively– that Black Panther would be excellent. The $8 ticket was just for incidentals, really, because attending the premiere was a sure thing. Marvel makes no mistakes, that much we are all aware. Still, Black Panther had to show up to succeed. It wasn’t exactly a question of if it would deliver, rather to what extent.

Believe me when I say Black Panther showed out.

I dare to say Black Panther is Marvel’s most well-rounded, sophisticated film yet. Again, Black Panther had the deck stacked in its favor. There is a sweeping, often unheard community of moviegoers that compelled Black Panther to uphold a new standard. All eyes were on Black Panther to both delight and rightfully represent its African-American viewers. While this was the expectation, I admit how pleasantly surprised I was by Black Panther‘s meticulous vision.

I commend Ryan Coogler– everything on that screen was thorough and intentional. It should be considered how bold of a move Black Panther was for Marvel Studios. How does a production company tied to one of the most mainstream, Middle-America reaching media conglomerates attempt a racially inspired plot in a way that is tangible? Somehow, Cooler achieved this artfully, sometimes with pronunciation and other times subtly.

Beginning with King T’Chaka’s tale of the history of Wakanda, viewers were greeted with the most striking animation offering glimpses of oppressed peoples; enslaved figures being herded onto boats and tank traps representing the turmoil of World War II– a war in which some of its soldiers returned home to racial segregation. In this stunning opening sequence I knew Black Panther would present a feature-length narrative with layers.

And as much as Black Panther managed to unpack about global politics, racism and systematic oppression, the glory of the film lies where it managed to rewrite the rules. Perhaps the most simple sequence of all was the most stand out to me; T’Chala ushers Nakia glamorously around the South Korean casino for a total Ocean’s Eleven, Bond-style moment at the beginning of their mission. In that instance, I realized how skillfully Black Panther was redirecting everyone’s gaze onlooking its black actors. This film empowered its black characters in the most developed and highly regarded manner I, personally, have ever seen.

Nothing was held back in the world-building of Wakanda. It was refreshing, and at times exciting, to see Coogler’s commitment to just going for it. Black Panther is a fully realized Afrofuturist piece– that is so, so feminist! I kept waiting for its achievement of so many cultural and social statements to get clunky or phony, but that time never came, as I was, from start to finish, convinced and enchanted by Black Panther’s majesty.

A handful of times a year, movie premieres are made blockbuster events by their exposure. Only occasionally are those events culturally significant. It’s gratifying to participate in a film release that means so much to so many. I admit it was eye-opening to be marveling ignorantly at the extraordinary presentation of African peoples while I shared a theater with folks in traditional African garb, who likely sought to be represented as cinematic heroes in their heritage and identity. I believe Black Panther aims to close this gap.

Both showing and telling, Black Panther is the proud manifestation of a racial dialogue that ached to be sewn into the iconic Marvel formula. Above all else, this film is a celebration and, judging by the record-shattering box office numbers driven by black audiences, arrived at the perfect time. 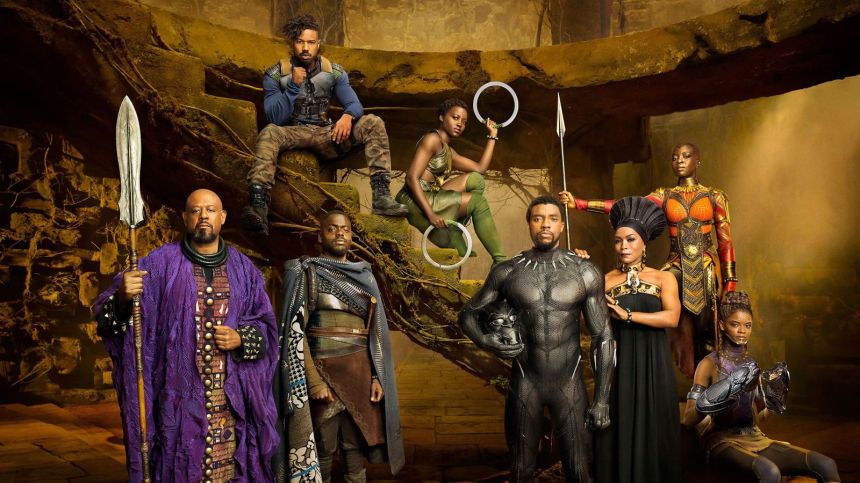